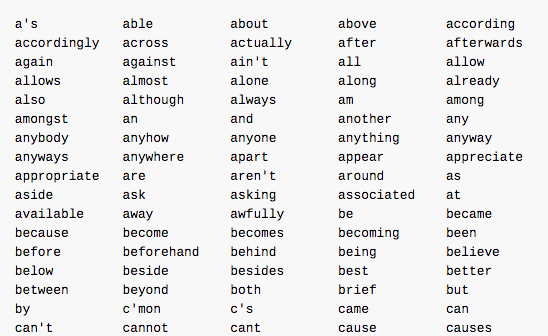 Stop word lists filter out irrelevant words or word fragments in our internet search. Usually, these are words that supposedly do not carry any meaning and are thus irrelevant for search. Filtering these words can make online searches faster. But of course, you can create any kind of list to filter out unwanted words or language.